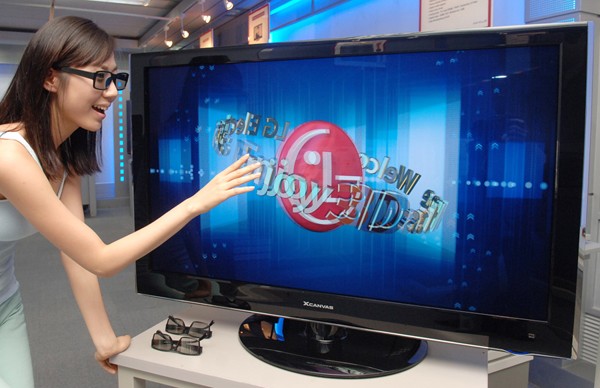 We have been hearing about 3D TVs for long now but not much has been on offer to the consumers. The first real intent to provide 3D experience at homes came from Sky when disclosed their plans  of using 3D TV for showing 2012 Olympics last year, and the race begun.

Joining in now are big bosses of consumer durable industry including LG and Philips. LG has recently announced their first 3D LCD TV(47LH50) and are quite confident about the offering. The 47 inch 3D TV will be launched initially in Korean next month. They plan to manufacture and sale 30 million units before 2012 Olympics.

Philips on the other hand has joined hands with Telefonica and is testing its 3D TV in Sao Paolo in Brazil. They plan to launch it in 3-4 years time.