LCD and Plasma TVs have all their differences pointed out. LED TV is yet to mark its distinction. Is it really distinct in terms of 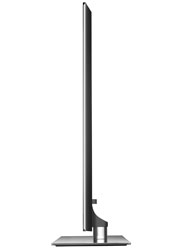 technology? Why is it named so if technologically it is not unique?

Traditionally, TVs were named according to the TV screen technology they used. For e.g. – CRT TV came from Cathode Ray Tube (CRT) technology of the display screen. Similarly Plasma TV uses plasma technology for display and Laser TV employs laser technology. LCD TV thus means a TV which employs Liquid Crystal Display (LCD) for displaying images on the screen. LCD does not generate light and thus needs a backlight to display images. Cold Cathode Fluorescent Lamb (CCFL) has been used by LCD for the backlighting purposes. Since CCFL is not a flat light source, it gave a way to Light Emitting Diode (LED) backlighting.

Samsung when it came with its new line of LCD TVs with LED backlighting, they marketed the TV as a LED TV. The acronym LED soon got famous. Thus a LCD TV that uses Light Emitting Diodes (LEDs) for backlighting is now termed as a LED TV.