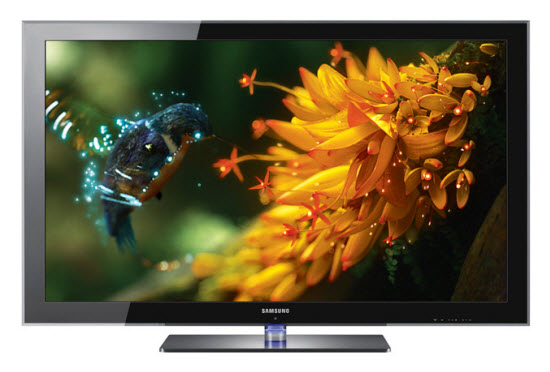 1.6 inches deep the television will hit the market by September with 46 inches and 55 inches screen.  The series boasts of a massive 7000000:1 contrast ratio along with 2ms response time. Wide Colour Enhancer Pro, Ultra Clear Panel and Energy Star v3.0 rating are other features. It also has the Samsung’s latest version of Auto Motion Plus frame interpolation technology with refresh rate of 240 Hz. This has significantly improved the playback of the fast paced content.

The Internet@TV – Content Service, developed in association with Yahoo! is an interesting feature of the 8500 series LED television. It provides onscreen access to popular web-based content from Yahoo! It also has a DNLA compliance for wireless or wired connectivity through a network PC. This enables streamed access to photos, music etc. There is a provision for two USB ports also.

Featuring Samsung’s Touch of Colour bezel, the series provides a distinct style and flexibility to the HDTVs. Its exclusive ultra slim wall mount solution (sold separately) reduces the gap between a TV and a wall to merely 0.6 inches. Samsung’s 8500 series LED televisions are packed with numerous useful features. It has surely raised the standard for its competitors.