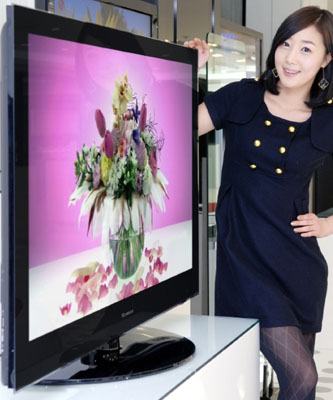 Contrast ratio is one of the most essential aspects of televisions deciding the picture appearance. The play of colours on the screen, their brightness and darkness are also the main parameters of buying decisions of a television. Thus every customer must be aware of what exactly is this quintessential feature and how is it measured.

Contrast ratio is a measure of the display system. It is the ratio of luminance. This ratio is measured by grading the shades of the brightest white to that of the darkest black a display system can produce. There are two types of contrast ratios-

Different methods of measuring the contrast ratio yield different results. Many manufacturers use the full on/ full off method as it gives an ideal ratio without considering the effects of the room. Contrast ratio of the LCD TVs is mostly measured by this way. It is measured in an ideal room (totally dark) where there is no chance for the light from the TV to get reflected and all is absorbed. This method gives the maximum ratio and best measures the dynamic contrast ratio.

Another method for measuring the contrast ratio is the American National Standards Institute (ANSI) method. It is more realistic as it takes into account the effects of the room. This method is generally used to measure the static contrast ratio.

Whichever method used to measure the contrast ratio, before buying a television, it is better to judge the same with the numbers provided. And the best judge of the optimum contrast ratio is definitely the human eye. It would definitely feel the difference if the colours of the screen are not appropriate.