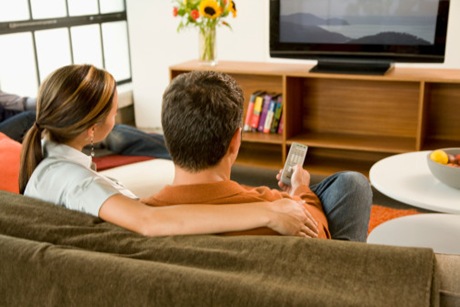 Have you ever pondered on where to sit while watching television? What should be the ideal distance maintained from TV while viewing it? Here are some guidelines to help you make the best of television viewing experience.

Its a common observation that different people prefer different viewing distances. This can be best observed in a theatre. Different people choose different seats according to the distance and the angle they enjoy the best. Even while watching TV at home, personal choice of the viewing angle and distance determine the seat taken. There is no ideal television viewing distance. But an optimum range of distances make the experience troublefree and enjoyable.

Thus while purchasing a television for your home consider the size of the room or distance of viewing. That would be crucial in determining the size of the television. And get the perfect piece from the available variety.